Pure chaos – that’s probably the first impression you get if you visit Beijing if you are confronted with the traffic there. The impression is not wrong, it’s just that the traffic is getting better with the time and if you compare it to other chinese cities, it’s not even that bad. 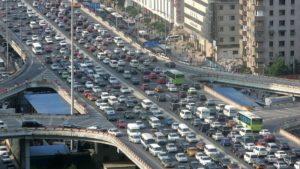 The golden rule as a pedestrian in China is probably: „Cars have the right of way here“. Pedestrians carry consequences because of that rule, China has many traffic accidents, with a lot of dead. In 2017 there were about 20,5 dead per 100.000 inhabitants and China has a lot of them. Another problem caused by the traffic is the smog. Respiratory problems is one of the most causes of death in China, it’s no wonder so many people wear respirators but the air quality got better by now.

Riding a taxi in China is relatively cheap and there are more than enough of them. At night time you’ll probably have to rely on a taxi, most of the busses and subways are not driving at this time. 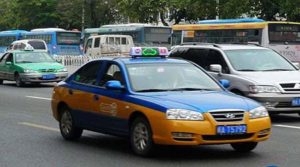 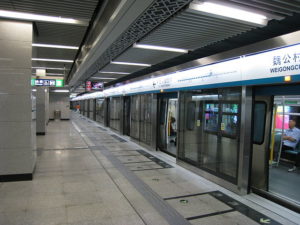 Because the subway infrastructure is still expanding, busses are the most important public service vehicles. With them you can reach almost any place you want to, but you have to change a lot and wait for a long time. There are almost a thousand lines and many of them have the same line number but drive different routes. But if you get behind the complexity of the system, you are basically able to move freely around Beijing. 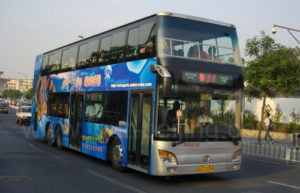