– Inhabitants became known as Beijing-people; many tools made from stone and bones were discovered

…-1000 B.C. the city was called “Ji” and first mentioned in documents. It was a center of commerce, trading with Mongolia, Korea and various tribes from Shandong and central china.

After 221 B.C., during the Qin-Dynasty, the name was changed back to “Ji”. The city was no longer the capital of an empire and turned into an unimportant local town

916 – 1125, during the Liao-Dynasty the city regained some of its former importance

In 1215 Dschingis Khan conquered and plundered the city and burned it down.

Beijing after the resignation of the „Mandschu“

Taking over of control of power by the Communist Party

– On October 1st, 1949, the People’s Republic of China is founded with Beijing as its new capital

– The new government reformed the country thoroughly and planned to convert Beijing into a modern capital. Historic building were demolished or used in a new way, e.g. temples were converted into for instance factories. 20 years after 1940 only 150 of formerly 8.000 remained.

– Protests were not accepted and in many cases put down by force.

– A protected palace city as the center of power within Beijing where the emperors of the Ming- and Qing Dynasties lived together with ministers, their relatives and servants. This lasted until 1911. 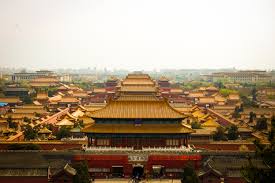 The imperial gravesites of the Ming

The Temple of Heaven

– A temple site located to the south of Beijing, surrounded by a double row of walls.

– Masterpieces of architecture and landscape gardening, which influenced other East Asian cultures.

– The emperors of the Ming- and Qing dynasties prayed there for good harvests. 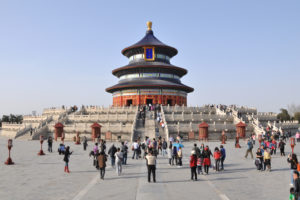 – It is the emperor palace located in Northwestern direction of Beijing, a few hundred meters away from the ruins of the destroyed former Summer Palace.

– Even though it was rebuilt a few times it represents one of the highlights of Chinese gardening architecture.

– It is a system of a historic fortification of the borders by various walls. Their purpose was to protect the population from attacks and raids by equestrian of nomadic tribes living in northern territories. 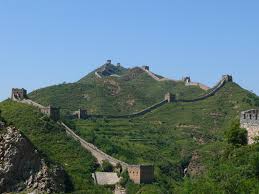 Beijing as a cultural center

– The recipe dates back to the Ming-dynasty 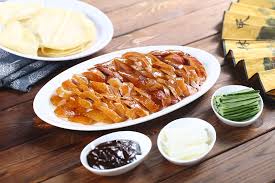 – It uses symbolic rather than real elements and the set-up is sparse.

– It came to Beijing from the provinces Anhui, Hubei und Shaanxi in 1790

– This kind of art is closely related to the art of Chinese painting. Many famous calligraphs also were well-known painters.

– It was first manufactured around 100-200 A.D. and is also called “Chinaware”. It’s an imminent part of Chinese arts and culture

– After forming it is dried, glazed, dried again and then blazed.

– Most common are “Kung Fu“ and “Wushu“ styles.

– Most styles origin from the martial arts of the Shaolin- or Taoist- monks from the Wudan mountains.

– For becoming an expert it takes decades and children as young as 5 years start with trainings in camps.